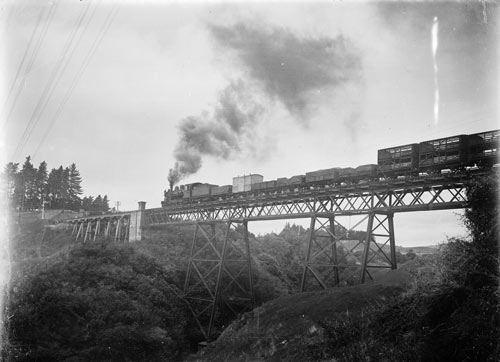 A goods train hauling sheep wagons and other carriages crosses a viaduct, in the 1920s. Trains could carry larger amounts of farm produce and reach destinations more quickly than other modes of transport until the 1920s. However building railways over New Zealand’s often rugged terrain was a challenge, as lines had to have a gentle gradient. Viaducts were the solution for bridging deep gorges, common in parts of the North Island.

The rise and fall of railways