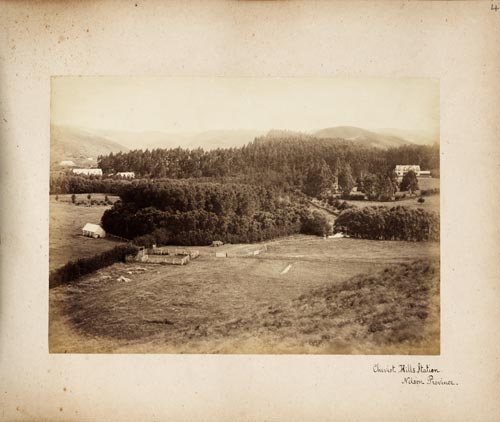 Cheviot Hills estate, which covered more than 33,900 hectares in North Canterbury, was one of New Zealand’s great ‘rural kingdoms’ of the 19th century. Owned by William ‘Ready Money’ Robinson, it was largely self-sufficient. In the late 1880s, when this photograph was taken, a grand homestead, visible in the top right corner, had been built.