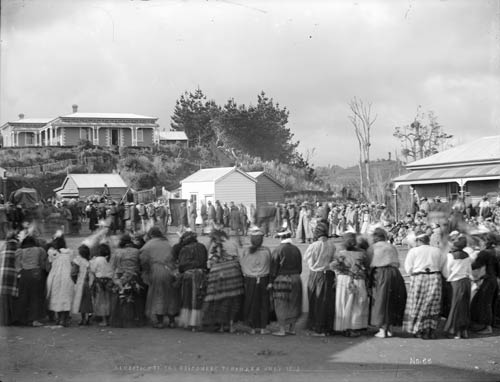 In 1881 government forces entered the village of Parihaka, the centre of a peaceful Māori resistance movement, arrested many of its inhabitants, drove many others away, and destroyed most of the buildings. Parihaka was rebuilt, and those who had been arrested and imprisoned later returned. This 1898 photograph shows a pōwhiri (welcome) for men released from prison following a later protest.