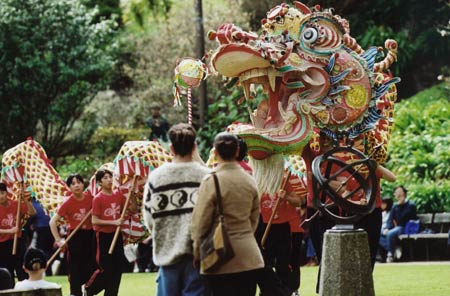 In the last quarter of the 20th century the idea of a multicultural New Zealand emerged. This expressed the view that people might have different backgrounds and cultural traditions yet still be fully accepted as New Zealanders. Multiculturalism allowed the Chinese, some of whose families had been in New Zealand for over a century, to become more open in the display of their culture. Here, the Chinese community celebrates the Year of the Dragon and the coming of a new millennium in Wellington.