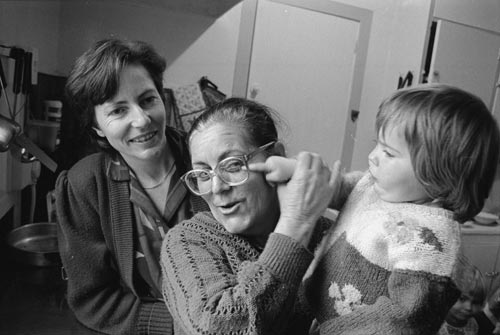 A small number of Assyrian Christians have settled in Wellington, after escaping persecution in Muslim-dominated Iraq. Samir Sada and his family were helped to settle in by volunteer Andrea Hall (left), shown here in 1989 with her young daughter Vanessa and Samir’s mother-in-law Samira (centre). At the time, Samir was happy that many of his family had arrived in Wellington, but still had bad memories of the Iraq–Iran War. ‘There are Assyrians in Iran too. We Christian, they Christian, we fight each other without being enemies. Just the governments are enemies.’