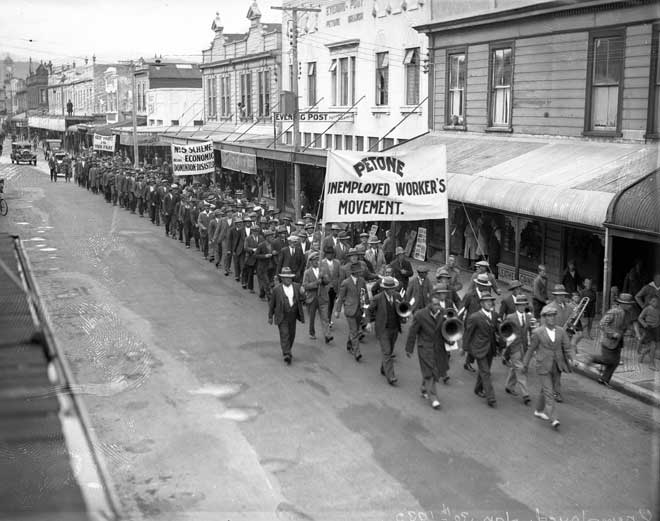 Frustration over government failure to address the concerns of unemployed workers during the 1930s economic depression led the jobless to organise street protests. These unemployed workers march along Petone’s Jackson Street in 1932 to protest their plight, led by a brass band.