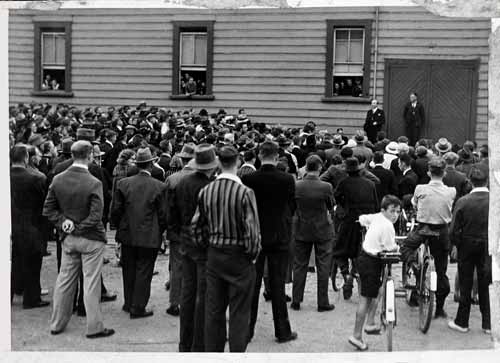 Large numbers of Australian miners moved to the West Coast in the first decade of the 20th century. One of them was Paddy Webb, who played a major role in the 1908 Blackball strike, and helped mobilise the miners at Rūnanga during the 1913 general strike. He returned to Rūnanga in 1936 as a minister in the newly elected Labour government, and addressed supporters outside the Rūnanga Miners’ Hall.