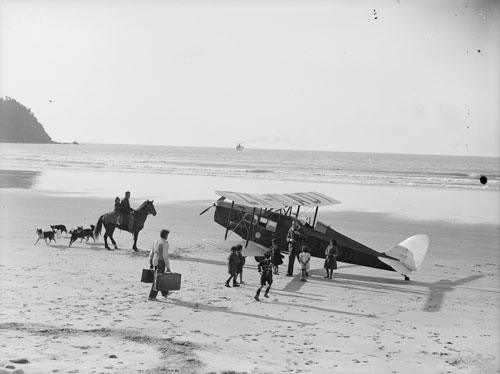 Because of the lack of bridges and roads in South Westland, many settlements were isolated. Air travel was often the best way to get around, and the first scheduled air service in New Zealand was set up in the region. Small planes landed on the beaches at low tide or on local airstrips. This is a Fox Moth biplane, owned by Air Travel (NZ), on the beach at Bruce Bay in 1935.

Road through the Ōtira gorge