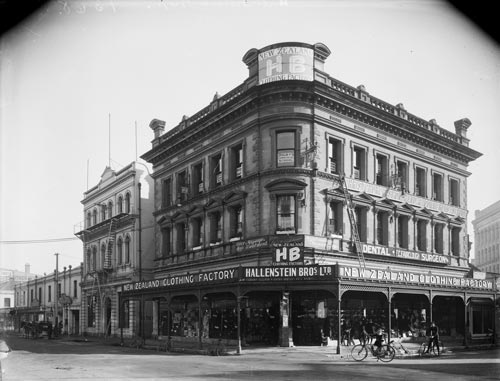 Jewish immigrant Bendix Hallenstein opened a general store in Invercargill in 1863 before moving to Queenstown, where he specialised in men’s clothing. He opened a chain of stores, and by 1900 there were 36 branches throughout the country. Many chain stores and large department stores started out as small shops.