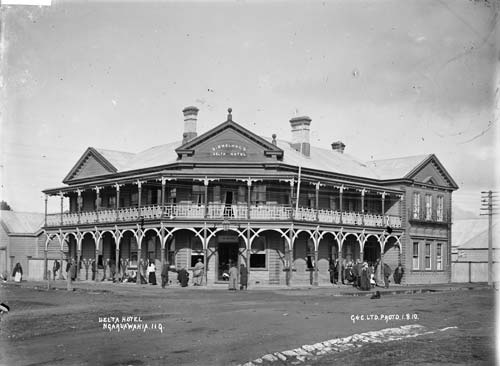 The Delta Hotel was built in the small Waikato town of Ngāruawāhia in 1900. Though many hotels in small towns were more modest in size and design, this grand hotel is also typical of its time and location. In the early 2000s it was still running as a hotel and tavern. It was shorn of some of its more decorative features, and the ground floor verandah had been enclosed – and painted in the livery of the local beer of choice, Waikato Draught.