The tomb of Waitohi on Mana Island, by George French Angas 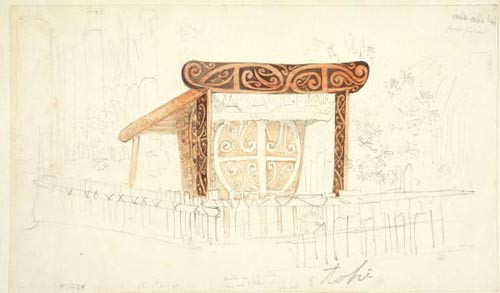 In the 1840s George French Angas visited Mana Island and later published a sketch of the tomb of Waitohi, the influential leader of Ngāti Toa and Ngāti Raukawa, whose death sparked a battle between Te Āti Awa and Ngāti Raukawa.