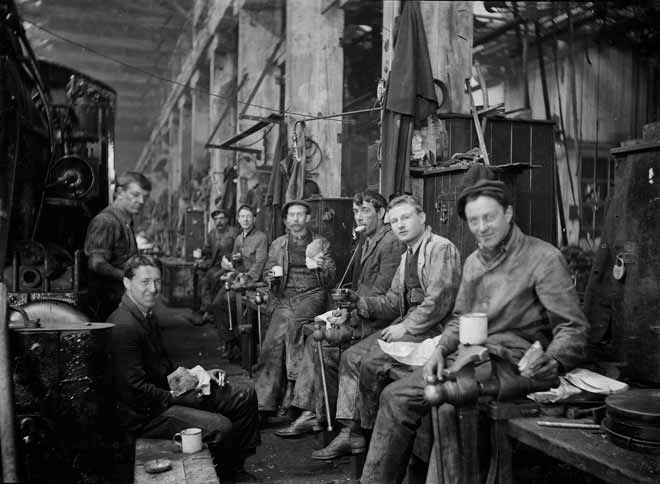 Staff in the railway workshops, probably Hillside in Dunedin, take a break in this mid-1920s photograph. Locomotive manufacturing became concentrated at the Hillside and Hutt workshops from the 1920s. In 2008 these two were the only remaining workshops, and both were owned by KiwiRail.