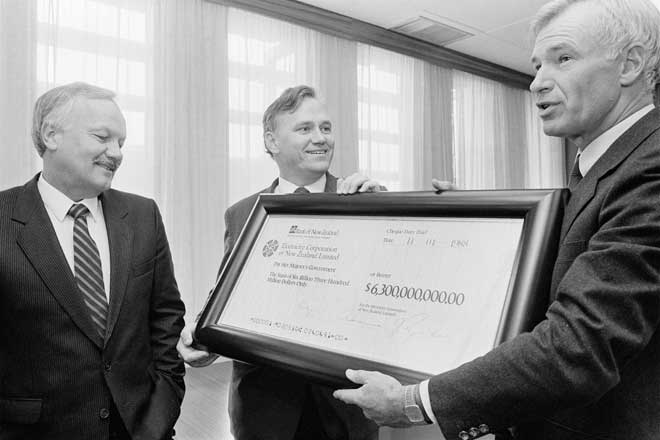 The sale of state-owned electricity assets to the new state-owned enterprise Electricorp took place in April 1988. It was celebrated by the symbolic handing over of a cheque for $6.3 billion to Minister of State-owned Enterprises Richard Prebble and Finance Minister Roger Douglas. Electricorp chair John Fernyhough is on the right. At the time it was the largest transaction in New Zealand commercial history. The price was the subject of protracted negotiation between the new Electricorp managers and Treasury. Neither side would give way. The deadlock was broken at a secret late-night meeting attended by Prebble, Douglas, Electricorp chief executive officer Roderick Deane and business leader Ron Trotter. Treasury officials pushing for a price of $8.5 billion were excluded.