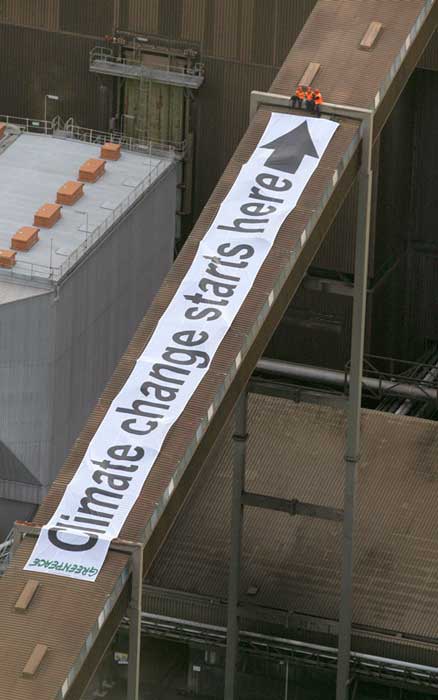 A climate change protest banner lies along the coal conveyor leading into the Huntly thermal power station. Huntly, commissioned in 1982, uses gas and coal to generate up to 1,448 megawatts of electricity. In 2009 the station provided up to 20% of New Zealand’s electricity. It played a critical role in the country’s supply. In a year with heavy rainfall hydroelectricity generated increases and Huntly is used less. Unlike water, coal and gas are not environmentally neutral. In the early 2000s Huntly produced between 2.5 and 5 million tonnes of carbon dioxide a year.

Coal consumption and use