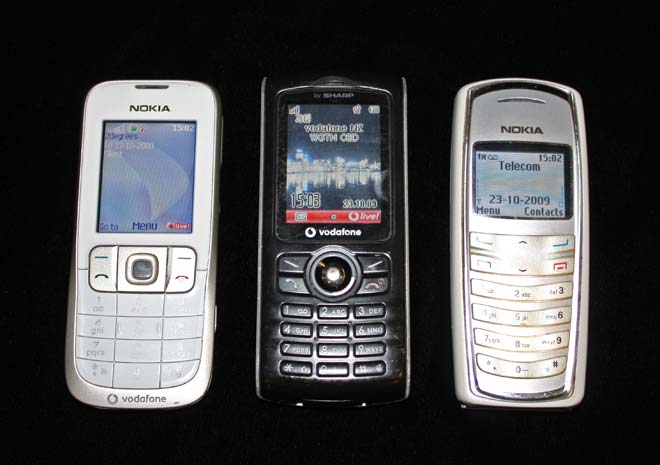 In the early 2000s, as the number of mobile-phone connections climbed, the use of landline telephones began to decline. Older mobile users were less likely to have multiple phones than teenagers, but the frequency with which phones were lost, their relative cheapness, and the cost of calling across networks meant multiple phones were no longer unusual. The three phones shown here were owned by one person. Each used a different provider: Telecom, Vodafone, and 2G, a new entrant in New Zealand’s mobile market in 2009. The Telecom phone (right) was used for calling a Telecom home landline, the Vodafone phone, using the owner’s first phone number, was for daily use until mislaid. The 2G phone, bought as a replacement, offered the cheapest calling, and became the daily use phone.