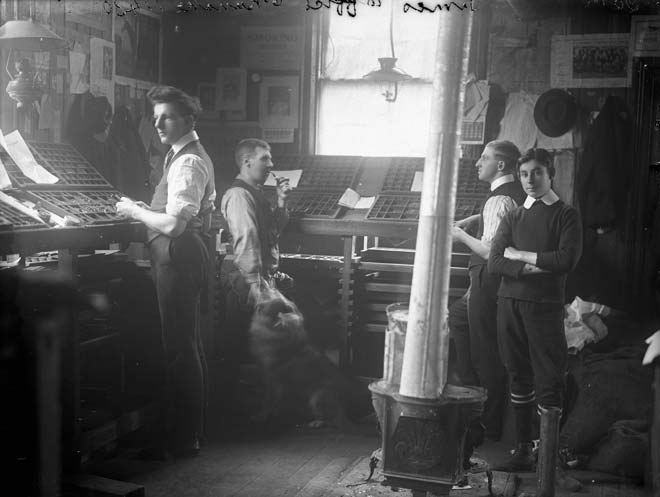 Printing unions covered a variety of skilled trades and their members included many boys, employed as apprentices or trainee ‘printer’s devils’. The proportion of adult employees to young people (who could be paid much less) in a particular workforce was a key issue for unions around the beginning of the 20th century. These young men are setting lead type at the office of the Opunake Times newspaper in Taranaki around 1900.