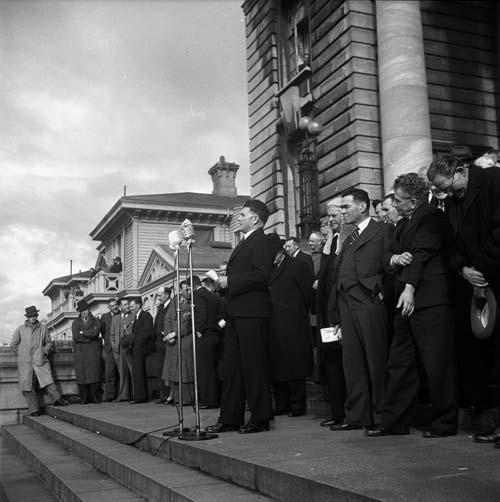 During the Second World War even the most militant unionists supported the war effort and the government against the common enemy of fascism. At this anti-fascist rally in 1945, minister of industrial manpower Angus McLagan speaks from the steps of Parliament. To his right are union leaders F. P. Walsh and ‘Big Jim’ Roberts, with Labour MP Dan Sullivan between them.