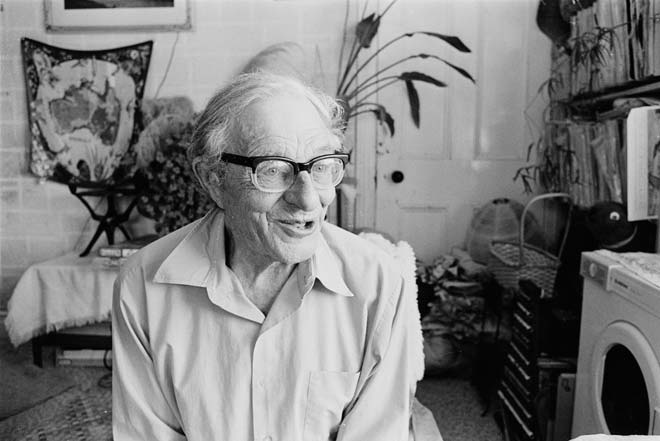 As an active communist, Ron Smith was not a typical economist. He received an MA in economics in 1949 from Victoria University, having entered the public service in 1937 as a cadet in the Land and Income Tax Department. From 1948 he worked as an investigating accountant in the Price Control Division, then from 1957 to 1966 he was at the Standards Institute, including a period as acting director. In 1970 he became senior research economist with the Department of Statistics. He is seen here in 1994 in the year before his death. His prediction that ‘a new Marxist party with mass support will undoubtedly arise’ is yet to come to pass.