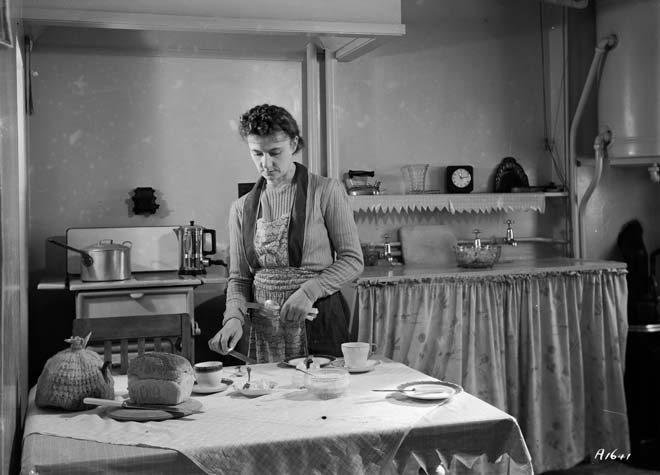 A woman prepares a meal for her husband in the married quarters of the Wellington central fire station, around 1955. She is part of the majority of New Zealand women who were not part of the paid workforce at that time. A generation later she would be highly likely to be in paid work, perhaps as a professional firefighter herself.