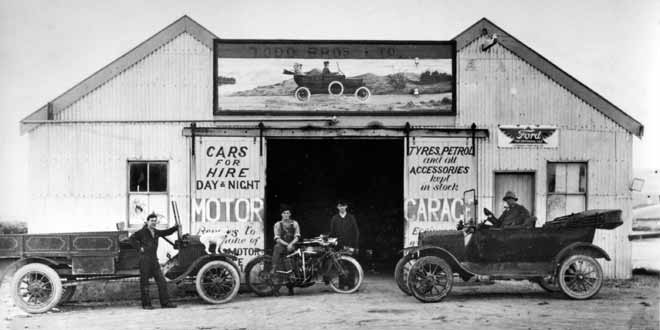 The Todd brothers became major players in the New Zealand car assembly industry. This is their original garage in Heriot, West Otago, in 1925. Charles Todd had become a fellmonger (animal-hide dealer) in Heriot in 1884 with his son Charles. In 1915 Charles junior moved to Dunedin and formed a stock and station agency, Todd Brothers. This soon opened branches around Otago, selling Ford cars, and later trucks and tractors.

You're quite right! We think

You're quite right! We think we might have confused it with Herbert or Hampden in North Otago. We'll fix that very soon.

Heriot is not in North Otago