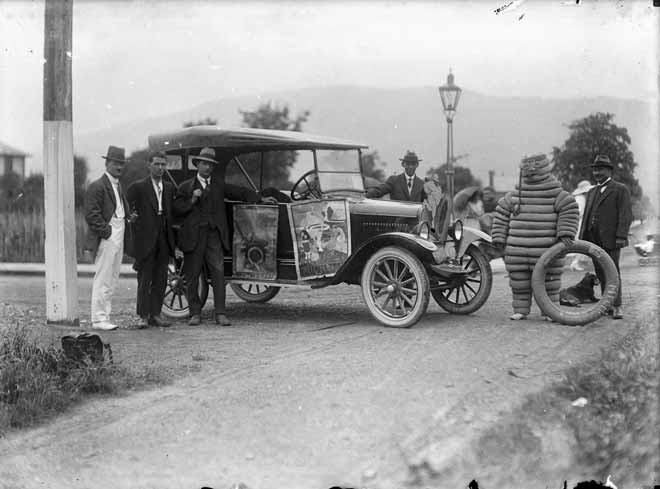 A group from Montgomery’s garage in Nelson poses at an intersection around 1920 with the Michelin man – someone in a suit made of rubber inner tubes. The car is an Overland – an American make. Les Montgomery, who ran the garage, was an agent for Overland and for Michelin tyres.