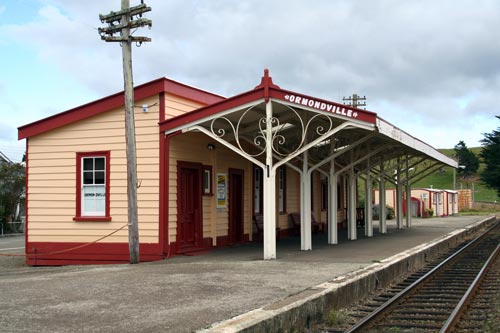 The Ormondville railway station opened in 1880. Before this Ormondville was just a clearing in the bush, but the rail line and the station boosted the embryonic township and it became a bustling little place. The railway was an important source of employment – in the 1950s, at its peak, the station employed 15 people. In the 1980s staff numbers declined and the building was threatened with demolition, but locals successfully campaigned to save it. Though it has not received rail passengers since 2001 when this service was cancelled, the station still hosts people in its new role as holiday accommodation.