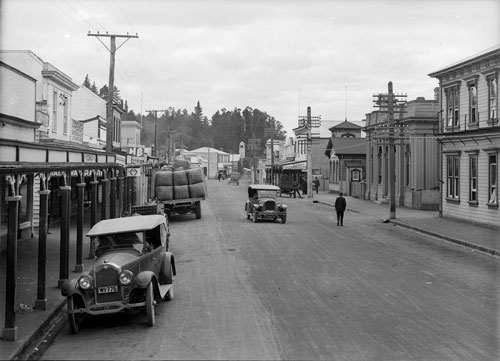 Like other small towns in Hawke’s Bay, Waipawa was founded by a pastoral runholder (owner of a large sheep station) and served the rural community around it. The truck laden with wool bales hints at the importance of sheep farming to the town and district. The clock tower, visible at the end of the street, was unveiled in 1922 and is the town’s war memorial.