The wharf that commerce built (2 o 3) 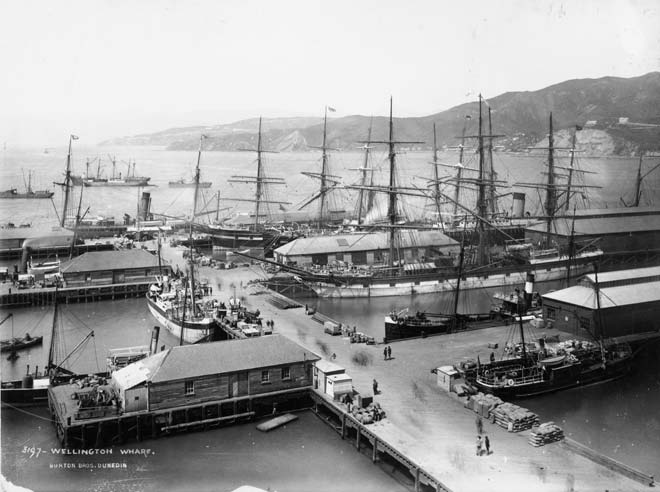 The development of Queens Wharf in Wellington, shown here in 1885, had been a central concern of the Wellington Chamber of Commerce since the 1850s. The chamber pushed for development of the harbour generally and the wharf in particular. In 1861 it persuaded the provincial council to extend it, add a further section and build a bond store. The wharf contributed significantly to the city’s prosperity. It was the centre of improved mail services, and the country’s major steamer port.