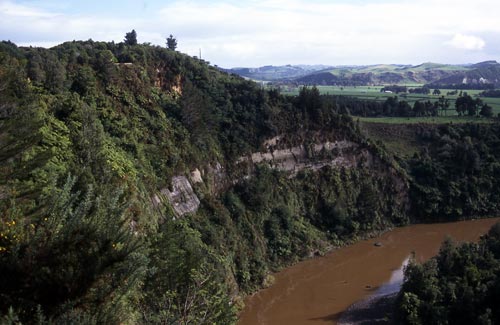 Pukerangiora pā, situated high on the cliffs above the Waitara River, 8 kilometres upstream from Waitara town, is one of the most fought-over places in Taranaki. In 1822 its people offered sanctuary to the Amiowhenua war party of returning northerners, who were besieged by other Te Āti Awa for several months.

In 1831 the Waikato tribe invaded Taranaki and took the pā from Te Āti Awa after a three-month siege; defenders were killed or enslaved, or jumped over the cliffs into the river. In 1860–61 a lower pā – Te Ārei – became General Thomas Pratt’s goal as he determined to end the fighting in the Waitara area. Later a redoubt was constructed on Te Ārei by Pākehā forces, and in 1869 a blockhouse was built on the site.