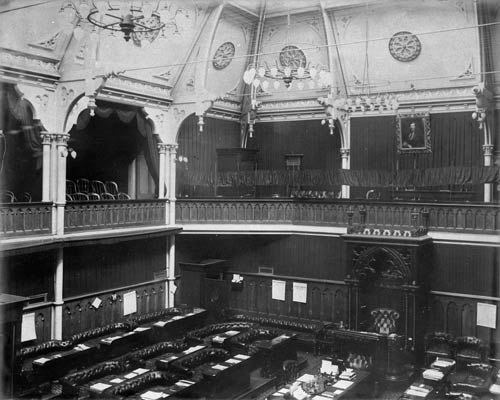 The New Zealand Parliament consists of only a single chamber – the House of Representatives. In 1897, when this photograph was taken, a second chamber, the Legislative Council, also existed. However, it had little independent influence, as its members were mostly appointees of the government of the day. It was abolished in 1951.

Lewis Evans, 'Law and the economy - Setting the framework', Te Ara - the Encyclopedia of New Zealand, http://www.TeAra.govt.nz/mi/photograph/25613/house-of-representatives (accessed 15 May 2021)