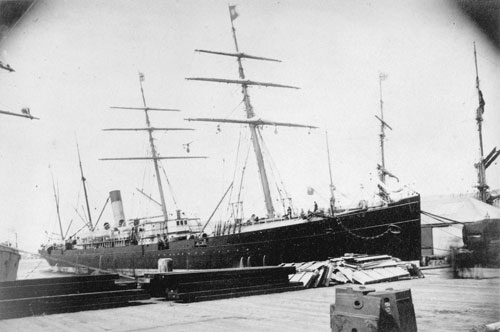 In the 1880s the New Zealand government offered mail contracts to shipping companies, which made a regular steamer service to the country possible. The British King, pictured here, was one of the first steamships used on the New Zealand mail run. Like other early steamers on that run, the British King was equipped with sails to take advantage of the westerly winds in the roaring forties of the Southern Ocean.