Making your own fun 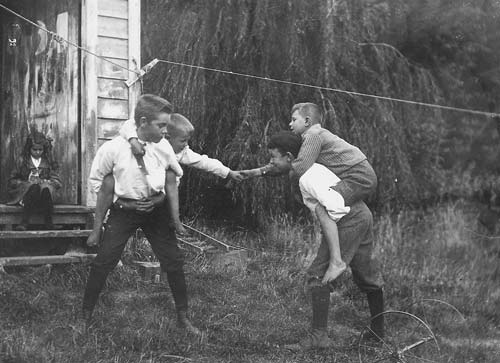 Children are good at making their own fun with whatever is at hand. This type of play was common through the 19th and most of the 20th century, when children were given the freedom to play outdoors away from adults – though children in the 2000s are still capable of playing in this way. This group of boys are having a play fight, around 1906. The girl in the background is engaged in a more sedate pursuit, stroking a kitten.

The rise of the tween

Children playing at Thorndon School, around 1953