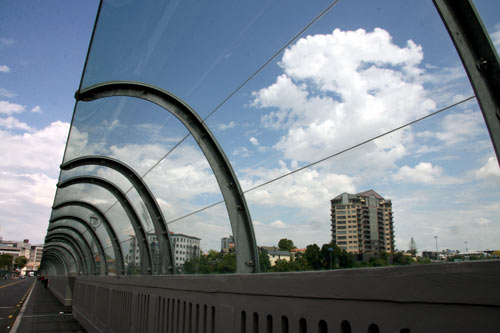 Following its completion in 1910, Grafton Bridge in Auckland became a well-known location for suicide attempts. In 1937 steel barriers were installed to make it more difficult for people to jump over the edge. The barriers were removed in 1996, and once again people began to jump to their deaths. In 2003 new perspex canopies were put up, and in the subsequent six years there was not a single death by suicide at the site.