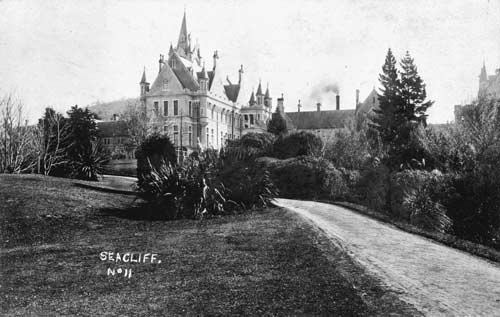 This 1912 photograph of Seacliff Mental Hospital, north of Dunedin, shows the forbidding Gothic buildings that were still a feature of the institution when Janet Frame was committed there in November 1945. She had been diagnosed with incipient schizophrenia after a suicide attempt, and was to spend the next eight years in and out of mental hospitals in Otago, Christchurch and Auckland.