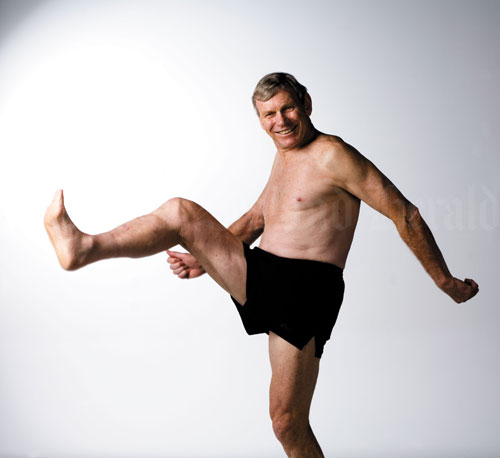 Peter Snell, who won gold medals in athletics at the 1960 Rome Olympics and the 1964 Tokyo Olympics, shows off his good physical condition at the age of 70. Since the mid-1990s the average period of good health and mobility for men has increased even faster than their life expectancy. One possible explanation for this is an increase in physical exercise by men.