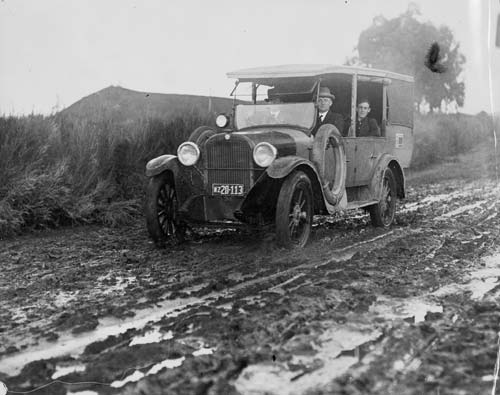 Roads were constructed to connect Waikato settlements from the 1860s. Until they were metalled in the early decades of the 20th century, they could be treacherous in wet weather. Here, a service car (an early form of mechanised public transport) negotiates the road from Hamilton to Te Aroha in the mid-1920s.