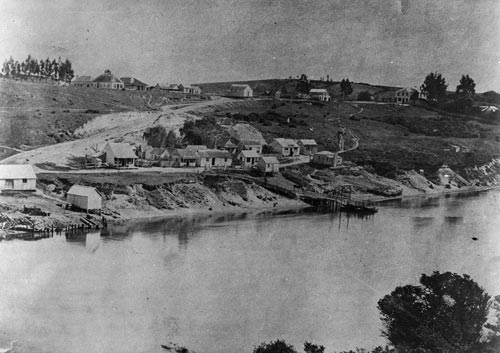 In 1866 Hamilton had two distinct settlements, one on the west bank (pictured) and one on the east. They were connected by the punt which can be seen on the river’s edge in the right foreground. By joining forces, Hamilton East and Hamilton West could obtain government funding for a bridge. They combined as a borough in 1877, and the Union Bridge was completed in 1878.