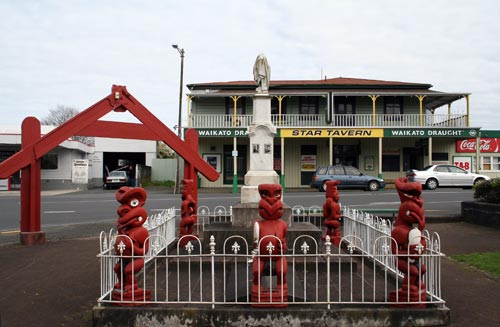 A government monument to Ngāti Maniapoto chief Rewi Maniapoto was erected in the main street of Kihikihi in the year of his death, 1894, and he was buried there. Traditional carvings and a gate were added to the site later. A prominent Kīngitanga leader, Rewi is remembered for his military prowess during the war of 1863–64 and for leading the final Māori stand in Waikato at Ōrākau, 5 kilometres to the east.