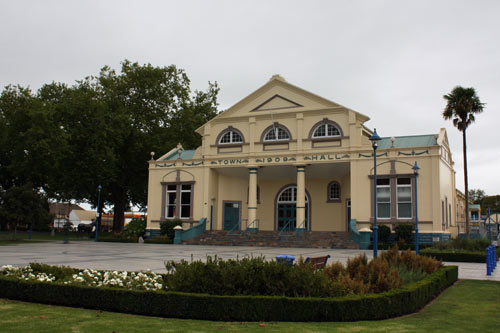 Built in 1909 in the centre of Cambridge, the impressive town hall incorporated borough offices and a library. Over the years it was the venue for many theatrical and musical performances, and civic occasions. It was also a picture theatre and dance hall in the early 20th century, and an emergency hospital during the 1918 influenza epidemic. In the 2000s it houses an information centre. The hall and nearby war memorial are at the centre of annual Anzac Day commemorations.