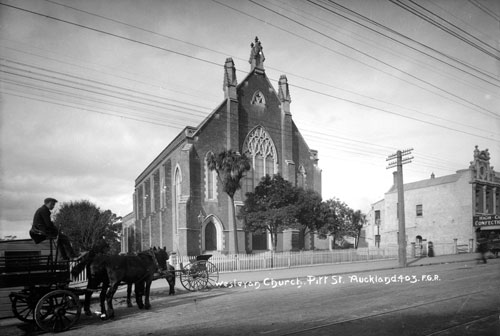 The Pitt Street Wesleyan Church, known as the cathedral of Methodism in Auckland, opened in 1866. In the 2010s it remained a heavily used centre for the church and its local community.