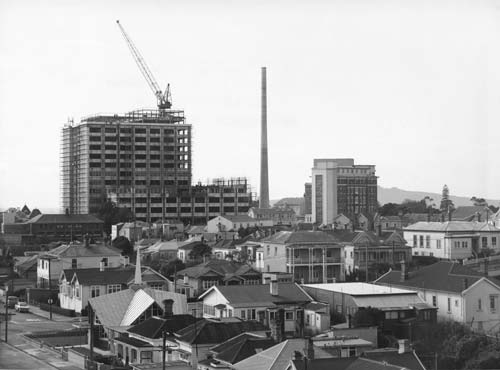 This view of Auckland Hospital shows the new main block under construction in 1968. The old main hospital block, built between 1875 and 1877, was demolished in 1964 to make way for the new one. The large chimney was a conspicuous feature of the new boiler house. The tall building to the right of the chimney is the Wallace block, built in 1924.