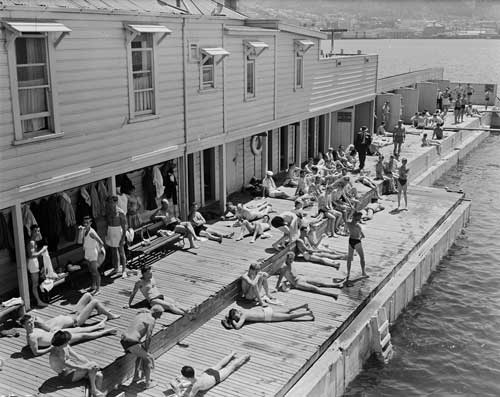 Te Aro sea baths in Wellington were divided into men's and women's pools. The men's pool – shown here in 1950 – was a popular meeting place for gay men. Here they could sunbathe, show off their physique and swimming prowess, admire other men's bodies, socialise and pick up sexual partners. The baths were demolished in the early 1960s and replaced with the mixed-sex Freyberg Pool. In the early 21st century some public swimming pools and beaches – such as Wellington's Breaker Bay – remained popular among gay men for the same reasons that drew men there 60 years earlier.