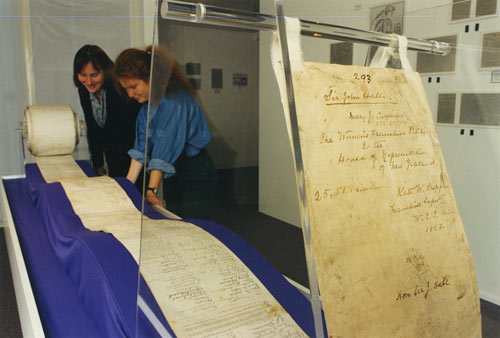 From the 1880s onwards women (and sometimes men) signed petitions asking that women be allowed to vote. A century later, only two of the many that Parliament received still survived. After restoration, the 546-page petition of ‘Mary J. Carpenter and 25,519 others’ was put on display at the National Archives in Wellington in 1993.