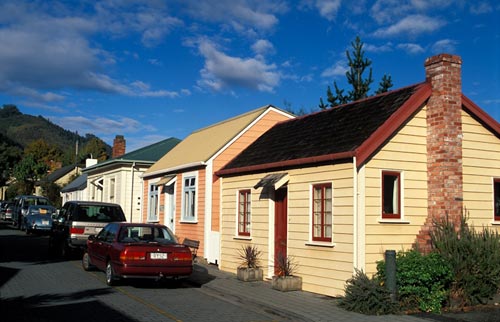 These workers’ cottages in central Nelson were built from the 1860s. Many were restored in the 1970s. When it was planned to demolish some of them to make way for a proposed motel in the late 1970s, a group was established to lobby for their preservation. In 1981 the Nelson City Council protected the street, due to the age of the cottages and the street’s colonial character – it is narrow and the houses are close to the street and to each other.