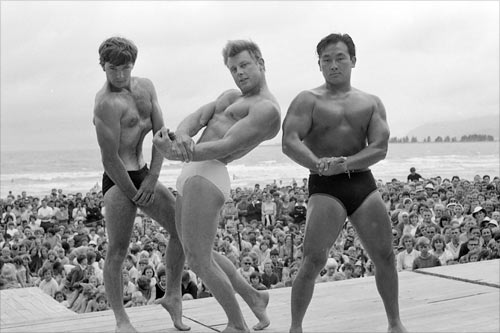 Competitors in the 1966 Mr Tāhuna contest flex their muscles for the photographer while the crowd looks on. By the late 1960s, for a three-week period in summer, around 20,000 tourists (mainly from Christchurch and Dunedin) would descend on Tāhunanui and other beaches in the Nelson region.