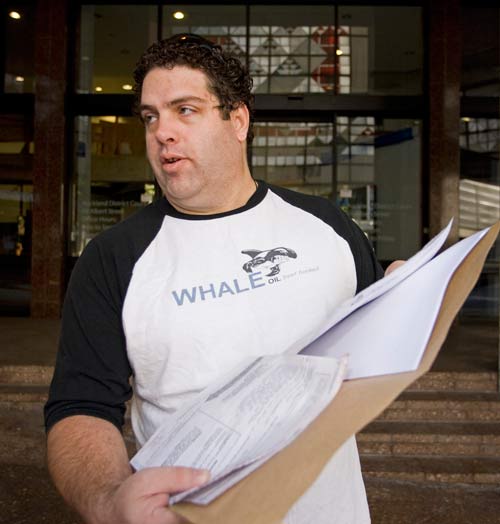 In 2009 police charged blogger Cameron Slater with breaching court-ordered name-suppression orders. Here he arrives at Auckland District Court in January 2010 to answer the charges. Slater was charged with nine counts of breaching name-suppression orders and one count of identifying a victim in a sex case on his blog, Whale oil. He and his lawyer tried to argue that blogs were a conversation or commentary rather than a publication. Slater has advocated name-suppression law reform as he feels that names are suppressed too often, especially in cases involving politicians and celebrities. In September 2010 he was convicted on all but one charge.