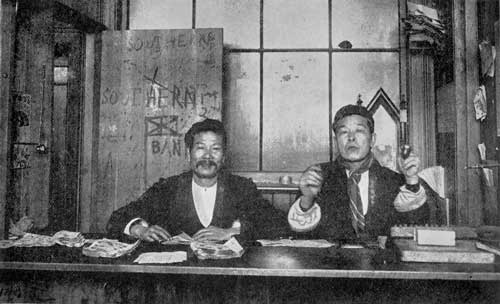 Chinese miners were initially invited into Otago in the late 1860s to work on the goldfields. They quickly faced suspicion and some hostility from the locals, who found their customs strange. By the turn of the century the Chinese had moved into the cities, where they continued to face resistance to full participation in New Zealand society. They lived in small exclusive enclaves, where they practised some of their traditional interests such as pakapoo gambling.