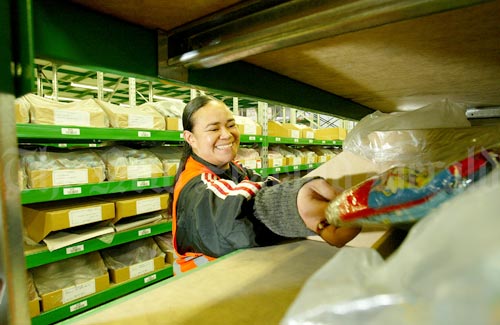 Sue Tinei sorts out imported goods at the Monarch Fulfillment Centre in Māngere, Auckland, in July 2005. She had found the job through the Pacific Wave strategy, which aimed to get unemployed Pacific people into work. In the early 21st century Pacific and Māori people were significantly overrepresented among both unemployed and unskilled manual workers.