The Martin family, Wellington, around 1889 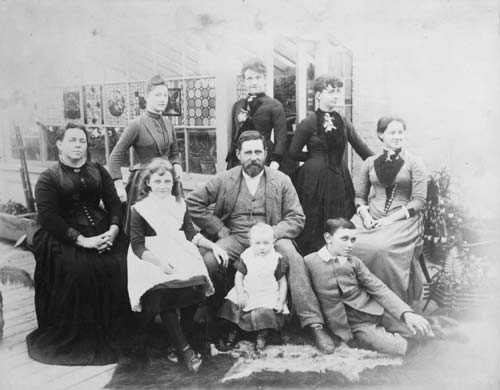 Mary Ann and Robert Martin, like many parents in the late 19th century, had a large family. They were photographed around 1889 with their seven surviving children on the roof of Robert's shop in Manners Street, Wellington. Robert is in the centre with the toddler, Monty, at his knee. Mary Ann is seated at the far left. Mary Ann married before she was 17, and had eight children in 15 years, and then Monty after a 10-year gap. Behind the family is the conservatory in which the family grew a range of plants in addition to their outdoor rooftop garden. They later lived in Kent Terrace and also had a beach house at Island Bay.