Daisy Isaacs and the Spinsters' Club 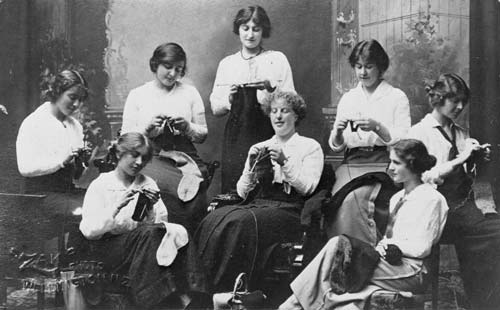 Daisy Isaacs (top left) lived with her companion Amy Kane in Eastbourne, near Wellington, where they were part of a network of female couples in the early and mid-20th century. Both women were closely involved with women's organisations, including the Pioneer Club and the Lyceum Club. Isaacs was also a member of the Spinsters' Club. The club's members are pictured knitting socks for New Zealand soldiers fighting in the First World War.

The well of loneliness

Kia ora Charlotte, if you

Kia ora Charlotte, if you click on the 'reference' link below the caption, that will take you to the image on the Turnbull Library site, and indeed the names are included in their caption.

Have you been able to

Have you been able to identify the other women in this photograph?