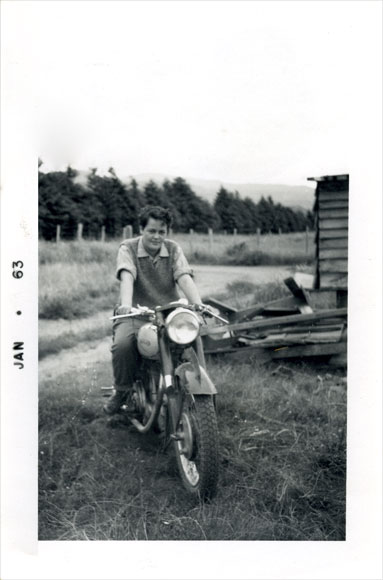 Raukura Te Aroha 'Bubs' Hetet – seen here on her motorbike in the early 1960s – identified as 'kamp' (gay) from an early age. In 1961 she and a friend went to the Ca d'Oro coffee lounge in Auckland, which they had heard was a meeting-place for gays and lesbians. Hetet wore a bush jacket, and some of the heterosexual men in the café thought she and her friend were gay men. A fight broke out and police were called. The Truth newspaper reported the incident under the heading 'Thought girl was a queer' and revealed where Hetet was employed, although without naming her. She was afraid she would lose her job, but did not.