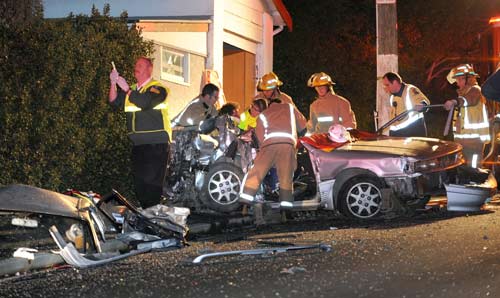 Just under half of youth (15–24 years) deaths are caused by unintentional injuries, and of these, almost three-quarters are caused by car accidents. This car contained three young men in their late teens and a 21-year-old woman. Though there were no deaths, all were injured. At the time the photo was taken police said excessive speed was a major cause of the accident.