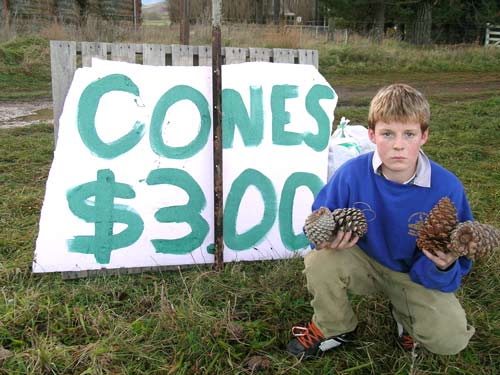 Chatto Creek teenager James Linwood holds some pine cones that weren't stolen in June 2005. He was selling cones from a roadside stall on State Highway 85 near Alexandra, Central Otago, for $3 a bag. The previous weekend six 20-kg bags were stolen from his stall. Such petty theft is perhaps the most common crime and often goes unreported.