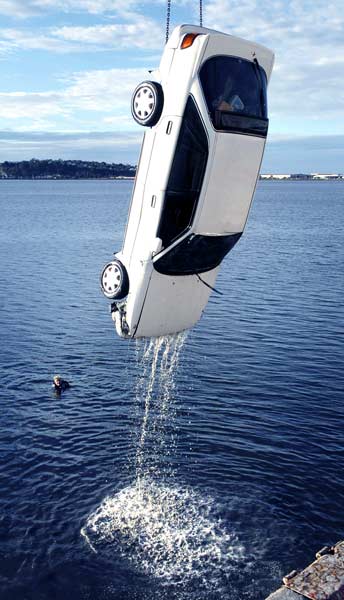 A stolen car is pulled out of Otago Harbour in February 2007. Some car thieves steal just for joyriding – they make no attempt to make money out of their crime and often abandon or dump the car. This case was unusual as the thief drove the car into Otago Harbour and then escaped out of an open window and was seen running from the scene with two accomplices. Two divers attached a chain around the axle of the car and a crane lifted it out. It had been stolen from a nearby supermarket the day before.